In this guide we will walk through how the algorithmn determines an NFT's rarity.

At the end of the day, our ranks mostly come down to math, with a little bit of augmentation that feels specific for NFTs. All of our calculations are based on a few core tenets that we find important to determining rarity:

How do we determine a "rank"

What is a tier score?

A tier score is a score set on an NFT which is determined by our algorithmn.

How do we determine a "tier score" ?

Let's take Roostr #5 from the Roostr collection. Roostr is an interesting collection, because, the collection has 8 different traits, and each NFT has anywhere between 2, to 8 of those traits. Roostr #5 is one of those tokens which has all 8, and ranks #13, with a tier score of 234.2242.

Each trait has a "Trait Occurrence" field and is determined by the number of other NFTs that have this same trait. By default, we take this value and add it to a total score. However, we also have a set number of weights that are used for all collections. Each weight matches a specific rank, and if a trait falls into that rank, then the entire score of the NFT is modified. For Roostr #5, this applies for 4 of its 8 traits. The formula for the new score is:

What are the current weights?

You can find all the weights below (subject to change), that we use for every collection. A weight is used when a a particular trait fits matches a specific rank. The impact is expressed in the third column, "Score reduced by".

What if an NFT has a different number of traits from others in a collection?

Unlike Roostr #5, Roostr #44, has 6 traits. When we come across a Roostr that is missing traits, we set the value of those traits to "None", and we record how many other Roostrs, also lack that value. This levels the playing field -- having less attributes does not provide a direct advantedge. That said, like Roostr #5, 3 of trait's Roostr #44 has, are weighted traits. Because of these 3 weighted traits, this NFT still ranks quite high.

Is every NFT Collection calculated the same?

Not quite. For example, some projects have a GameFi element to them, like Wyndblast with a number of numeric traits like "Attack", and "Armor". For these collections, we know the numeric stats, will eventually have an impact on the game. However, we also know, some collectors are only interested in the "physical" traits. So, we offer two different ranks, that can be toggled through our Advanced Filters. 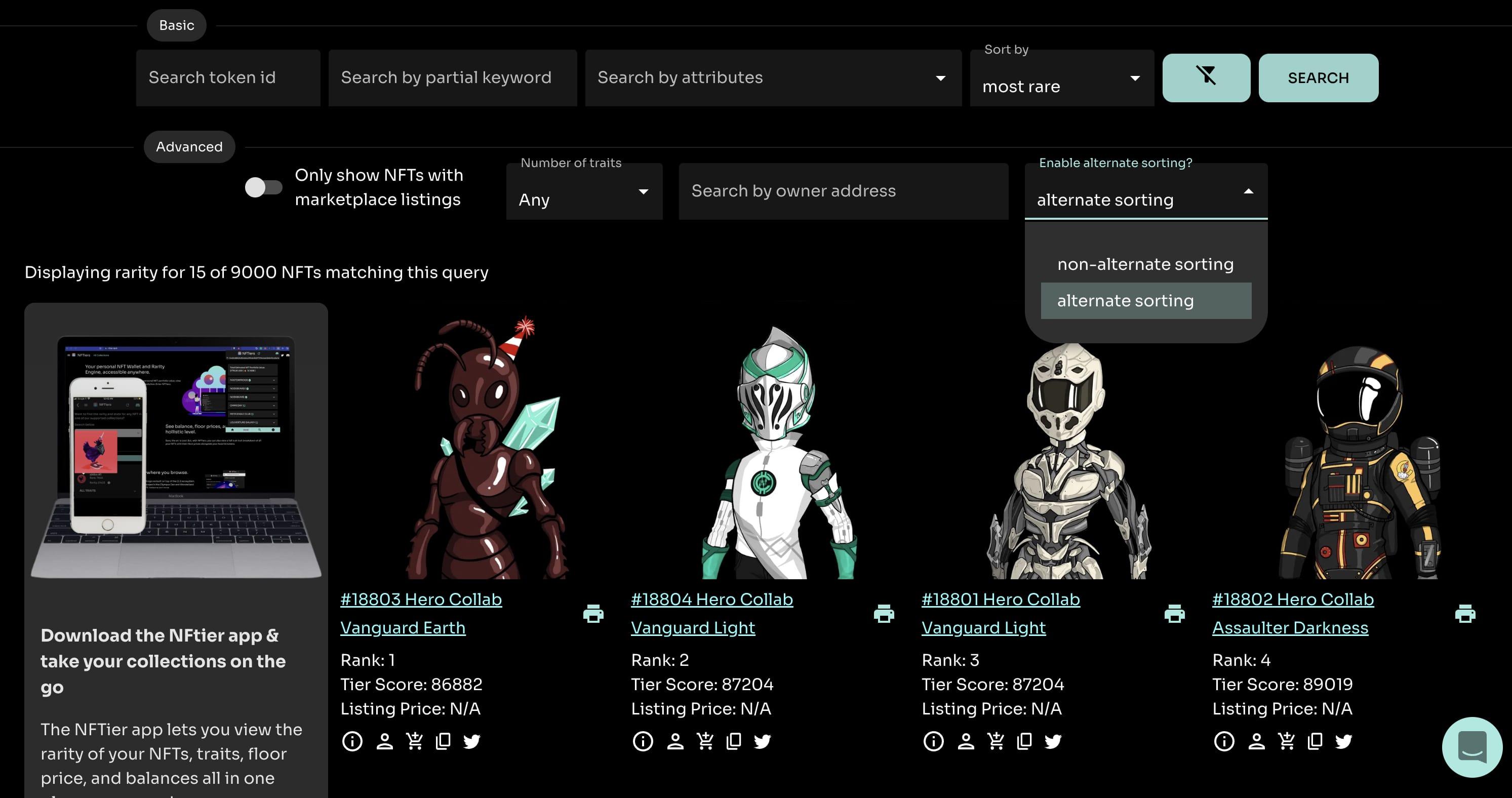